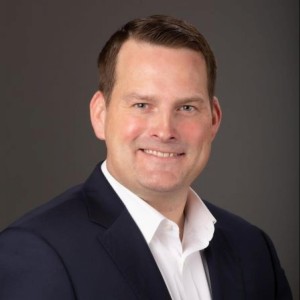 An ABLE Account Could Be a Great Place for Your $1,400 Covid Relief Payment

Recipients with disabilities who rely on government benefits may want to consider putting some or all of the $1,400 relief money into an ABLE account.

President Biden has signed the $1.9 trillion American Rescue Plan into law.  Among its benefits are $1,400 Covid relief checks that are already landing in the bank accounts or mailboxes of most Americans to help them weather the economic downturn caused by the pandemic.  Recipients with disabilities who rely on government benefits like Supplemental Security Income (SSI) and Medicaid may want to consider putting some or all of the money into an ABLE account.

The $1,400 will not be treated as income by federal programs like SSI and Medicaid, and there are no restrictions on how it can be spent.  But if all the money isn’t expended within 12 months, whatever is left counts against SSI and Medicaid’s resource cap, which typically is $2,000.  Exceeding this cap could make a person with special needs ineligible for benefits.

If the recipient has a first-party special needs trust (SNT), the money could be put into it to shelter it from the cap, but the downside is that the beneficiary loses control of the funds; it’s up to the SNT’s trustee to decide how trust money will be spent.  An ABLE account is another alternative that allows the recipient or whoever manages the account to keep control, and the money won’t count against the $2,000 limit.

Patterned on 529 college savings accounts, ABLE accounts allow many people with disabilities or their families to establish tax-free savings accounts that won’t affect their ability to qualify for, or remain on, government assistance, as long as the account balance does not exceed $100,000. ABLE accounts can only be funded up to $15,000 a year from all sources, although a person with a disability can add his or her wages of up to $12,880 (in 2021, for the lower 48 states) to an account.  The money in ABLE accounts must be spent on disability-related expenses, but this covers a wide range of possible uses, including housing, restaurant meals, transportation and education.

Although 43 states and the District of Columbia now offer ABLE programs, only 75,000 of the eight million Americans eligible for an account have opened one, according to a recent article in The New York Times. One reason is concern about high account and investment fees in some state programs, although fees should go down as the number of program participants rises.  Moreover, because most state ABLE programs accept out-of-state participants, it’s possible to shop around.  The states that don’t yet have ABLE plans are: Hawaii, Idaho, Maine, North Dakota, South Dakota, Utah and Wisconsin. (For a directory of state programs, click here.)

Another concern is the possibility of Medicaid recovering its payments from ABLE accounts following the account holder’s death.  So far, at least three states – California, Oregon and Pennsylvania – have eliminated the Medicaid payback requirement.

More people would be able to open accounts except for the requirement under current law that the person must have become disabled prior to age 26 in order to utilize an ABLE account.  However, the new relief payments may provide an extra boost to ABLE participation because more people with disabilities will receive the $1,400 payments than was the case with the first two rounds of relief payments.  In those prior rounds, some 400,000 adults with disabilities were disqualified because someone else – usually their parents — claimed them as dependents on their own tax return.  This mistake is remedied in the American Rescue Plan and individuals claimed as dependents will qualify for the new funds.

Before setting up an ABLE account for your loved one, make sure you understand every aspect of the law and consult your special needs planner.

PrevPreviousSocial Security: Why are these 7 Ages like a Retirement Numbers Game?
NextAvoid these 7 Retirement TrapsNext